Escape before the summer madness 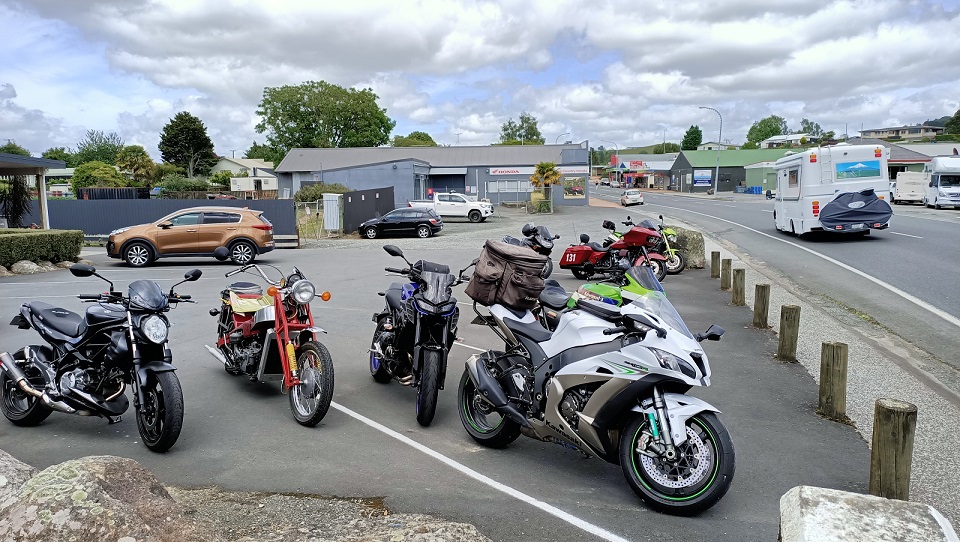 After a fab morning in the sunshine at the market talking bikes to the good people of Morrinsville, we swapped bikes and headed for Awakino where we settled into the hotel with “a couple of jugs of Monteith’s black” over a good natter. We got lucky with the roadworks coming north and had a fairly clear run back to the Fat Pigeon at PioPio. We were joined by members of the extended Motorbike Escape community before a group of us went exploring some backroads courtesy of Andrew and Graham. All rounded off by a coffee in the sunshine at the home of a new recruit to the group. You DO meet the nicest people riding bikes, and NZ has the BEST roads 🙂 🙂 Stay close… we’ve got trips published for January, February and THE BIG ONE in March!