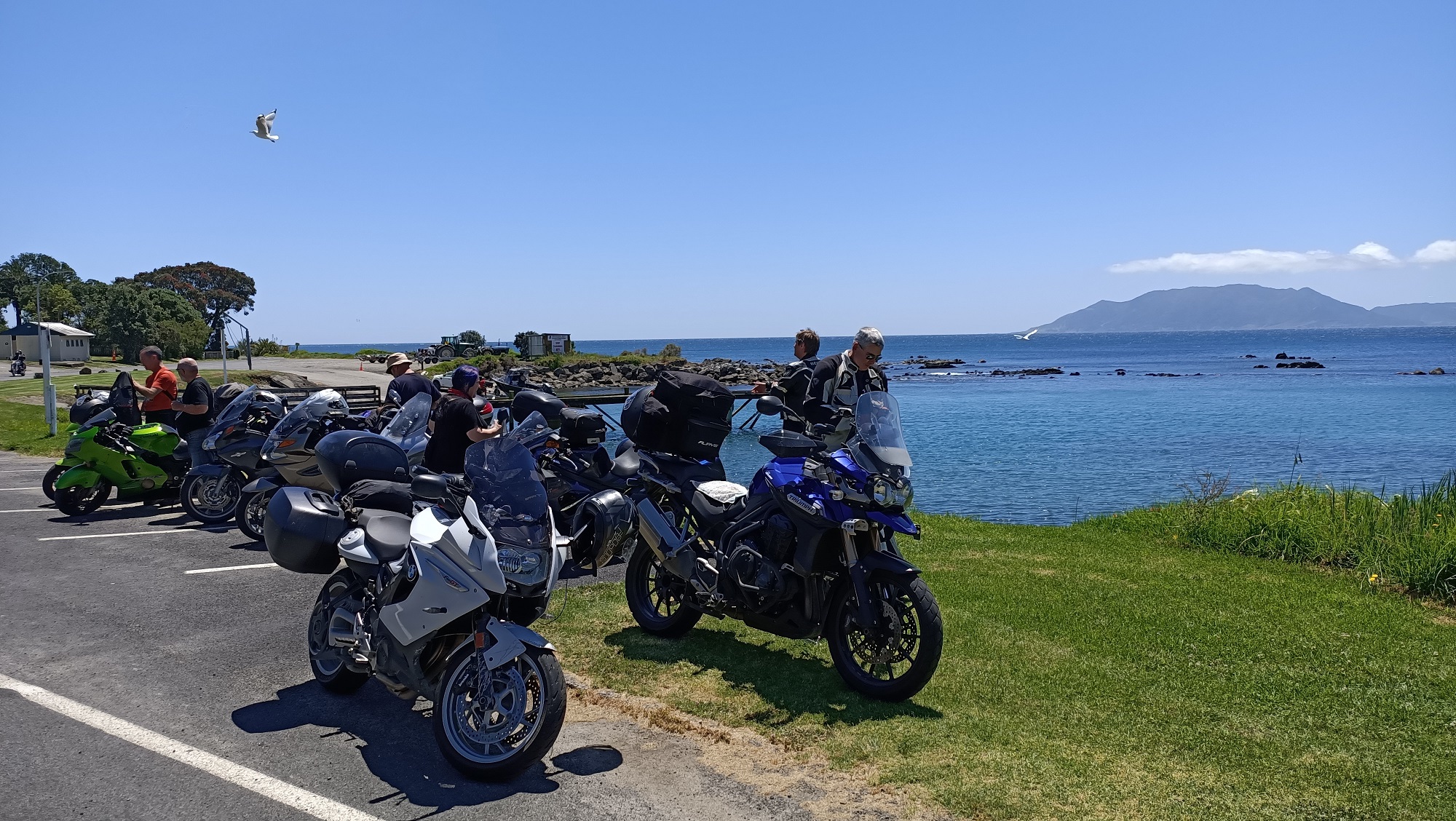 Twelve bikes, two breweries and the sun shining around the East Cape – fabulous!

I’d discovered the Sunshine Brewery within ambling distance of the campground in Gisborne and made a note to include it in a future tour. Then we heard that Mata had a brewery and tap room on the outskirts of Whakatane. Then we got itchy feet, and the next run took shape in a hurry!

As is often the case with our runs we had a number of people say they were planning to join us, but we had no idea of how many would actually make it. So we set off in the sunshine one Friday afternoon in anticipation of a nice beer that evening, hopefully with a bit of company.

We had a great weekend! The campground in Whakatane is very affordable and lovely. The lady running it was super helpful and set us up with the taxis to get us the 3-4kms to the brewery. A great selection of beers, some big yummy pizzas and live music, with 8 of us initially and another 4 riders joined us later in the evening. Saturday morning was another stunning sunny day and we took off for a coffee and snack at the Quay café in Ohope which was every bit as good as we remembered. Unfortunately we were heading for the Waihau Bay Store as their breakfasts looks fabulous. I’m sure they were, but we got there at 11.30 and the breakfast menu finished at 10.30 to be replaced by the fish and chips menu. Bummer! Still, we had good sandwiches and snacks and got back on the road in epic sunshine.

I’m here to tell you the road from Te Araroa to Gisborne is getting worse each time we ride it. We may as well have been on pogo sticks for the sheer number of serious slumps in the lane. We stopped for a much appreciated afternoon tea at the Tolaga Bay Inn (try their trifle!) and cruised into the Gisborne campgrounds. Table service at a brewery taproom isn’t quite the same experience, but that’s the rule at the moment and they did a good job for us. To be honest, we didn’t fancy another night of pizza, so wandered into town where the boys ordered big plates of steak – everybody happy!!